Formed in 2012 in the Asturias region of Spain, LAST DAYS OF EDEN started out as a studio project to explore new musical paths for Dani G. (DarkSun) and Lady Ani (soprano and studio singer) combining symphonic, power, and folk metal elements, with influences from such acts as NIGHTWISH, EPICA, WITHIN TEMPTATION, and ELUVEITIE. Soon after, the band went into the studio to record their debut EP, “Paradise.”

In 2015 they sign their first contract with the german label PRIDE & JOY. Late 2015 they release their first album, called “Ride The World”, and they tour Europe successfully.

On December 2016 the bands recorded a very special album made only from symphonic and folk instruments (no drums, guitars…), but sung in “asturian”, their regional lenguaje, as a step before their 2017´s tour, and before their second english album´s recording.

Now in 2018 it´s been released “CHRYSALIS”, the new masterpiece of the band, including 11 tracks of full folk/symphonic metal. After this new release Andrea Joglar (first woman ever winning the “McCallan”international award) joins the band to replace Pindy Díaz, who had to leave the band before the tour starts. 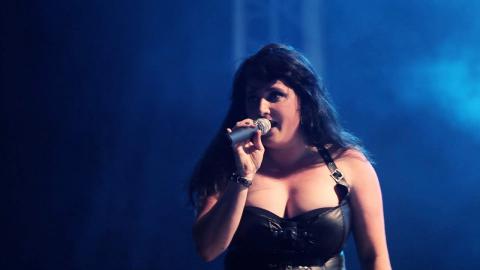